I’ve now had a few people ask me how I stayed “so small” for so long during my twin pregnancy.  I was blessed in many ways during the pregnancy to present this illusion, so I figure more people may ask so here we go… 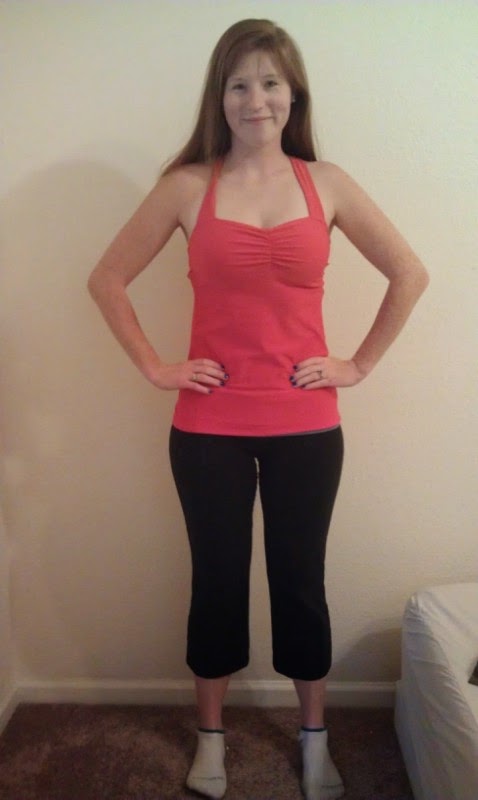 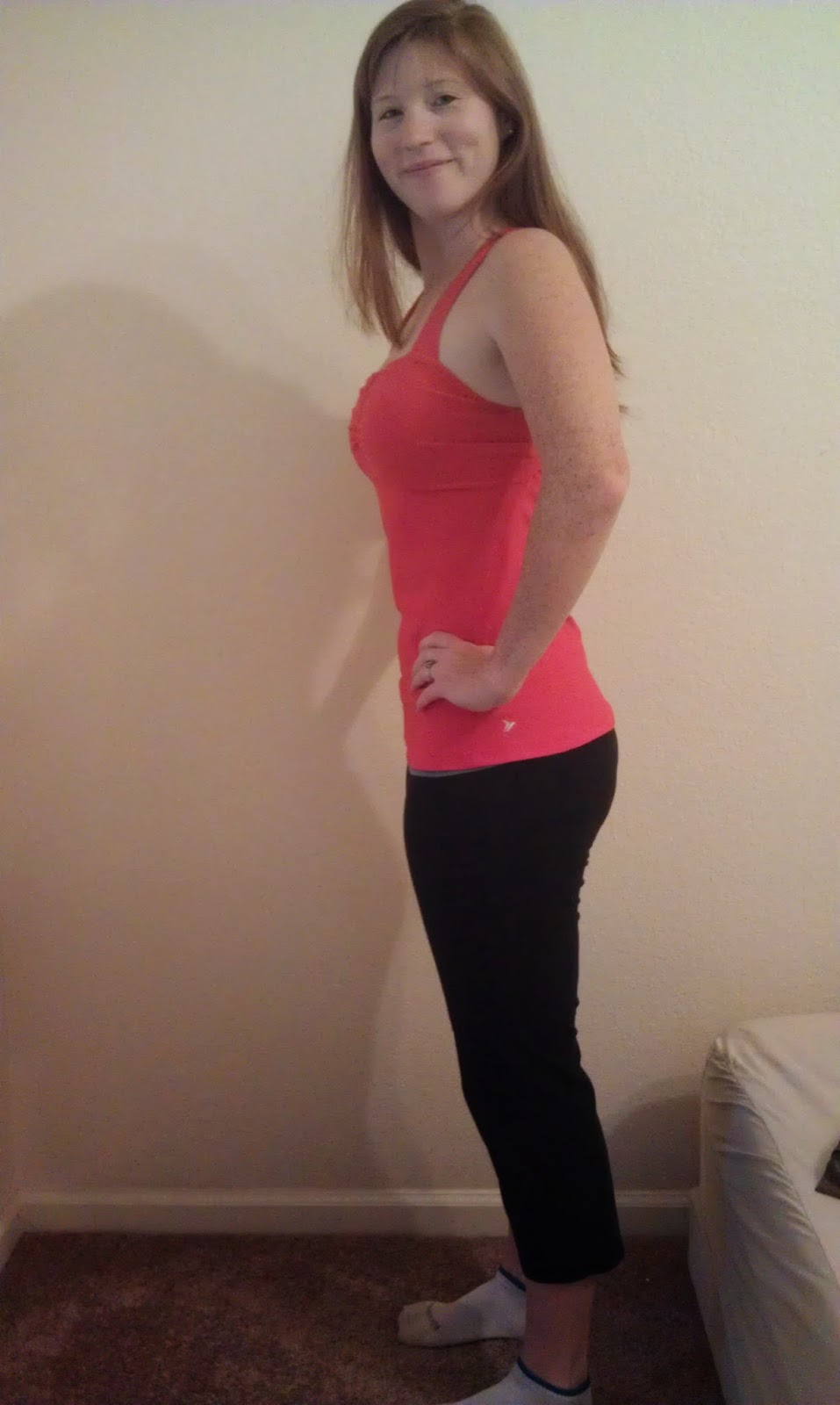 There’s a few more photos in my post on my weekly pregnancy log.  Week 23 looks to be where my babies didn’t want to stay hidden anymore. 🙂

1st)  Well the very first thing is though I was pregnant with my first and second baby at the same time, it was my first pregnancy.  It is a well known fact that if your uterus has not yet been fully stretched out by a full-grown baby, it takes a lot longer for your belly to start looking pregnant.  This has been confirmed by some good friends of mine having their second and third children.

2nd) The second thing I had going for me is I really do think I was carrying my twins very high.  The way I know this is my pre-pregnancy jeans actually still fit my entire pregnancy.  I wore maternity jeans because they were MUCH more comfortable, but I tried on my pre-pregnancy jeans towards the end of the pregnancy just to see, and they still fit; which just says to me that I must have really been carrying those babies very high.  I recently spoke with another mama who is pregnant with twins who told me she couldn’t even wear her maternity jeans anymore because they cut into her stomach too much.  We compared notes, and while I was the pregnant lady getting kicked in the ribs, she is the one getting kicked in the pelvis.

3rd) When I got pregnant, I made sure I did not use it as an excuse to just eat anything I wanted.  In the first trimester, I went through extreme food aversions, and the only thing that sounded edible for a while was Arby’s, but after that ended, I went back to eating how I had been eating before, only making sure to add 600 calories a day for the twins.  But, I figured my twins weren’t going to grow healthy and strong in there if I just ate junk all day, so I still paid attention.  At around 23 weeks, I switched to a different OB, and my new OB was concerned that I wasn’t gaining enough weight to make my twins gain enough weight before their almost inevitable early arrival, so I started to eat a LOT more.  This is when I feel like I very suddenly “ballooned.”

4th) When I got pregnant, I did not stop moving.  For most pregnancies, doctors tell women they are allowed to remain just as active as they were before they got pregnant, but no more.  This would have given me a lot of freedom, but my first ob was EXTRA cautious and did not want me to let my heart rate get above 140.  Not knowing what this would be for me, I bought a heart rate monitor, and wore it everywhere for a little while, until I got used to exactly how much effort I could exert.  When you’re pregnant, your heart is pumping for your baby as well as yours, and when you’re pregnant with twins, it’s pumping for 3.  This means my resting heart rate was around 115 towards the middle of the pregnancy, so it did not take long for it to get to 140, but YouTube offers a plethora of prenatal workouts you can do that are not necessarily cardio. 🙂  My job as a speech-language pathologist at an elementary school also had me walking approximately 5 miles everyday (as measured by runkeeper) by picking up and dropping off kids every half hour all day long.  (And the nearest restroom was seriously about .1 miles away!)  The picking up and dropping off got slower….and slower as time went on, but I still had to do it until my doctor said no more!

5th) I wouldn’t be honest if I didn’t admit that right when I got pregnant, I was in the best shape of my entire life.  I ran cross country (approximately 30 miles a week for about 4 months) for 6 years, but I was in much better shape when I got pregnant than I ever was during cross country.  I was about to have my wedding so I was paying extreme attention to everything I ate, and I was halfway through full marathon training.  If you’re thinking about having a baby, I highly recommend getting into the best shape you possibly can beforehand!  This will be good for 3 reasons. 1) Your body will have a great starting point, and it will take much more work and time to get it out of shape and push your muscles aside 2) Every OB tells their pregnant patient that they can continue to exercise at exactly the level they were exercising before they got pregnant (as previously mentioned).  If you were already in a great workout regime, just imagine what you can continue to do while pregnant!  3) Lastly, for the most part, after the baby comes out, your body bounces right back to what it was before you got pregnant!  At least, this was true for me.  I have seen it in others, and of course just as before, you have to work to keep it that way, but….HOORAY! 🙂  But remember, you can’t expect your body to go back to something it wasn’t before. 🙂